Haldwani eviction order | Among protesters, a huge sigh of relief

Uttarakhand Chief Minister Pushkar Singh Dhami said the government has always maintained that the matter is in court, and that it will “follow whatever the court says”

Moments after the Supreme Court put on hold the Uttarakhand High Court order to evict over 4,000 families in Haldwani from land claimed by the Railways, celebrations broke out at Banbhoolpura locality with the protesters hugging each other and distributing sweets.

Banbhoolpura Haldwani News: What did the SC say in its order?

The SC stayed the Uttarakhand High Court order ordering the demolition of encroachments on 29 acres of railway land. Against the decision of the High Court, more than 4 thousand families were protesting on the streets. The court said that now there will be no construction and development on that land. 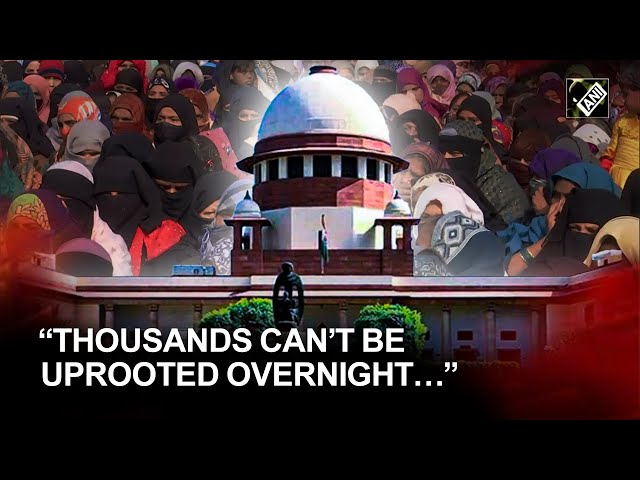 What did the High Court say?

Vanbhulpura township of Haldwani city in Uttarakhand is in news. The High Court has considered it as an encroachment on the railway land. Seven thousand policemen have been arranged to evacuate the population of 50 to 60 thousand in the middle of the harsh winter.

On December 28, thousands of women, children and elderly people took to the streets when the pillars were closed before the campaign to remove the encroachments by the administration and the railways. The victims have demanded the government to stop the action and file a review petition in the High Court.

What is Haldwani encroachment case?

The case of encroachment on 29 acres of railway land in Haldwani, Uttarakhand has reached the Supreme Court. The matter will be heard on Thursday. Supreme Court Chief Justice D.Y. Advocate Prashant Bhushan took up the matter before the bench headed by Chandrachud. He said that 5 thousand houses have been demolished. Hundreds of people of Vanbhulpura area of ​​Haldwani are protesting against the removal of encroachments.

Mayawati spoke on Haldwani issue for the first time

BSP supremo Mayawati said that the inhuman act of uprooting thousands of poor and Muslim families in the name of removal of encroachments in Haldwani of Uttarakhand state is very sad. The job of the government is to settle the people, not to destroy them. Government must take positive steps in this matter, this is the demand of BSP.

Listen or read this also: How will this war going on in Uttarakhand stop?

Listen or read this also : Why are the lives of devotees going in the Chardham Yatra?

On the other hand, those protesting on this issue reminded the government that in the year 2016, the government had considered this land as Nazul. His question is that how did the land which was under the control of the state government 6 years back now belong to the Railways? And an even bigger controversy is on the beginning of this question.