Pakistan vs New Zealand 3rd ODI Match Preview, LIVE Streaming details: When and where to watch PAK vs NZ 3rd ODI match online and on TV?

Check all about livestreaming and other broadcast details related to the Pakistan vs New Zealand 3rd ODI match here to be played in Karachi, on friday, January 13. 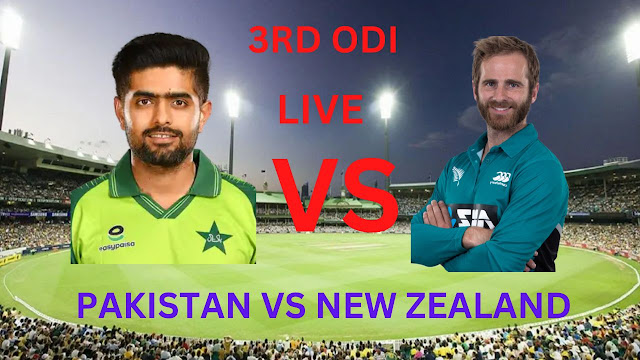 Pakistan and New Zealand will be looking to come out all guns blazing in the series-deciding third ODI in Karachi.

Pakistan (PAK) and New Zealand (NZ) will be locking horns in the third and final One Day International (ODI) at the National Bank Cricket Arena in Karachi on Friday, January 13. Having won a game each, both teams will be expecting to put their best foot forward in the series decider.

While the hosts had drawn first blood with an impressive six-wicket win in the first ODI, the Kiwis staged a remarkable comeback in the second game by registering a 79-run victory that saw the Babar Azam-led side suffer a batting failure chasing 262.

Even though Pakistan showcased a decent bowling performance to restrict the Black Caps to a manageable total of 261 as at one point the visitors were well on course of posting a mammoth total courtesy of a 181-run second wicket stand between skipper Kane Williamson and Devon Conway, the Pakistan batters failed to live up to the expectations during the run chase.

Captain Babar Azam was the lone warrior for the Men in Green as he scored 79 runs off 114 deliveries.

The surface at the National Bank Cricket Arena will once again be expected to assist the batters and they will be able to score runs easily once they are well set at the crease. Nonetheless, it is also expected to be a dry wicket which will provide a lot of help for the spinners.

While the pacers will get some assistance in the initial overs, the pitch might get slower as the contest progresses. Therefore, the captain winning the toss could prefer batting first.

Devon Conway might have been dismissed for a golden duck in the series opener, but he was the star for New Zealand with a match-winning century in the second ODI. The southpaw’s 92-ball 101 helped the visitors post a competitive total of 261 runs on the board which proved to be fruitful in the end. Conway was also adjudged the Player of the Match.

Naseem Shah is on fire in this series having showcased consistent performances with the ball in hand in the last two games registering a fifer (5/57) and following it up with a three-wicket haul (3/58). With already eight wickets in the bag, the youngster will be hoping to make an impact in the wickets column yet again. 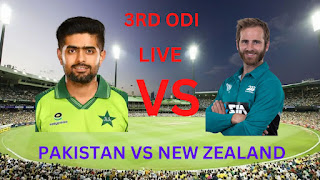