With the 2-match Test series ending in a draw, home team Pakistan are set to take on New Zealand in the 1st ODI at Karachi. 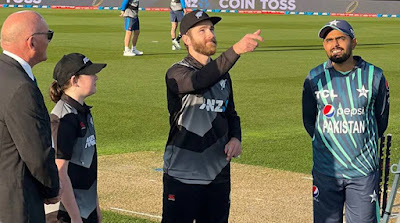 Home team Pakistan will start as slight favourites to win the 1st ODI against New Zealand.
PAK vs NZ Head-to-Head:

PAK vs NZ 1st ODI: Where to Watch?

The ODI series between Pakistan and New Zealand will be broadcasted by Sony Sports Network in India, while the viewers can watch the game on the OTT platform Sony Liv.
PAK vs NZ 1st ODI Team News:
There are no new injury updates from either team as of now.